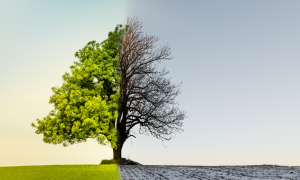 We have seen an increased demand from insurers to mitigate this risk. We estimate to place $1billion insurable risk working closely with our Global Investment partners and fund managers.”
— Niraz Buhari

WATFORD, HERTFORDSHIRE, UNITED KINGDOM, November 20, 2021 /EINPresswire.com/ — In an attempt to save our planet and prevent it from becoming uninhabitable due to the dreaded consequences of climate change, world leaders are currently discussing the way forward at the 2021 United Nations Climate Change Conference (COP26), being held in Glasgow, Scotland.

In 2021 alone, we have seen several unprecedented climate disasters.
• In the U.S., Hurricane Ida made landfall on 29th August 2021. Ida left over one million businesses and homes without power in the U.S. states of Mississippi and Louisiana.
• The Bootleg fire in Oregon consumed 364,000 acres of land, temporarily displacing thousands and threatening homes.
• The winter storms in Texas disrupted the power supply in 3.5 million businesses and homes, leaving people vulnerable in the intense cold. About 210 casualties were recorded.
• Just a week into 2021, Storm Filomena caused an unprecedented level of snowfall in Madrid. This snowfall was the heaviest in 50 years and led to about £1.2 billion in damages and a halt in transportation.
• Cyclone Ana hit Fiji in January 2021- one month after cyclone Yara hit the same country. This cyclone was reported to have displaced over 10,000 people.
• In April, Cyclone Seroja killed about 160 people in Indonesia. Flash floods and landslides displaced at least 22,000 people.

In the U.K., we recall:
1. The 2018 Great Britain and Ireland Coldwave
2. The 2018 British Isles Heatwave and U.K. fires
3. The 2019-20 U.K. floods.
4. The March 2021 floods in South Wales, which lead to the overflow of dams and rivers, evacuating thousands from their homes
5. The January 2021 Storm Christoph evacuated people from their homes in Merseyside and Manchester and flooded homes in Cheshire.

One worrying fact is that some of these disasters have been missed by the U.K.'s Environment Agency, so people could not prepare for them.

How is the increasing frequency of climate-related disasters affecting the insurance industry?

Climatic disasters such as storms, floods, and wildfires affect the insurance industry directly by damaging insured and uninsured property and indirectly through subsequent events such as resource scarcity and disruption of global supply chains.

According to the Swiss Re Institute, the global insurance industry's losses from natural catastrophes and man-made disasters amounted to USD 83 billion in 2020.

Since 1970, these catastrophes have led to 2020 being the costliest year for the insurance industry.

Many of the disasters mentioned earlier have led to significant losses driven by these record storms and wildfires in the U.S.

“These and other secondary peril events around the world accounted for 70% of the USD 76 billion insured losses from natural catastrophes.”

Niraz Buhari the Group CEO of C&C Insurance Group said most Insurers and underwriting programs are not prepared to handle the growing risks as they are still underestimating the potential risk associated with climate-related catastrophe. Inflation-adjusted insurance losses from these climate-related disasters have sharply risen year over year. The trends show a yearly average of about US$10 billion in the 1980s to over US$50 billion over the past decade. This rise is due to the increasing number of insurance payouts, which insurers term as losses.

Though these cases speak to insurance changes in the U.S., the reality is that these statistics allude to a broader challenge for the global insurance industry, including the U.K.

The factors that influence these losses are complicated. While most research results point to increased exposure from the expansion of the industry as the main factor, there are indications that climate change is playing a role.

With such losses, insurers pass on the risk through increases in premium and reinsurance premiums. As a result, insurers tend to use catastrophe risk modelling, alternative risk transfer, portfolio diversification, and short-term contracts to manage the current level of direct physical risks. These factors have resulted in the emergence of a new category in insurance called – "climate risk."

Looking into the future, increased physical risks due to climatic disasters could affect the liability side of the balance sheet of general insurers in several ways.

How Should Insurance Companies Adjust?

For insurance companies, the status quo can either play to your disadvantage or disadvantage. The increasing number of these disasters and the lack of insurance cover many properties means that insurance companies with abundant capital can increase their coverage. Risk consultants have predicted a sharp rise in annual premium revenue for insurers. As a result, reinsurance companies that sell flood and other disaster insurances may want to sell these insurances for a few years. The challenge here is the cost of managing such insurance. Konrad Schoeck, a flooding specialist at reinsurance group Swiss Re, mentioned that flood risk management requires the concerted efforts of the insurance industry, private homeowners, and the government.