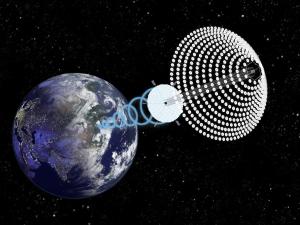 Important Call to Action for Space Settlement and Development

This is a seminal report that highlights issues critical to humanity’s cislunar expansion while addressing vital challenges on Earth.”
— Karlton Johnson, Chairman of the NSS Board of Governors

WASHINGTON, D.C., USA, November 19, 2021 /EINPresswire.com/ — A major report from the State of the Space Industrial Base 2021 Workshop, held in New Mexico in July, was released on Wednesday. It outlined the critical importance of space development and human settlement, and incorporated input from 250 subject matter experts from industry, government, and academia. The report was published jointly by the Defense Innovation Unit, the Air Force Research Laboratory, and the U.S. Space Force. The National Space Society (NSS), NASA Administrator, and Space Force Chief of Space Operations support this new vision for America’s space efforts.

An important component of the report was the call to make the development and settlement of space a part of America’s national vision for space. The NSS has long called for this national focus, and the support from major components of the U.S. government is a huge step forward.

Karlton Johnson, the Chairman of the NSS Board of Governors, and retired Air Force Colonel, said, “This is a seminal report that highlights issues critical to humanity’s cislunar expansion while addressing vital challenges on Earth. Securing our country’s continued leadership in space, especially in the important domain of low Earth orbit, has far-reaching implications for the remainder of the 21st century. This is one of the many areas in which the goals of NASA, National Defense, and the NSS overlap, and this report is a timely push to move those goals forward. “

The report also highlights the potential contributions of space to healing our planet’s environment and calls for a national program for space solar power, enabling the delivery of clean, emissions-free energy from space. The NSS has supported space solar power as a key to a bright future in space for decades—an initiative pioneered in the U.S. in the 1970s. This initiative, reflected in a new paper released by the NSS, could not be more urgent given the slow progress on low-carbon energy sources and the recent interest by U.S. friends and allies.

”Space Solar Power has the potential to provide abundant, zero-carbon energy for baseload power in the near future if the needed investments are made now,” said Dale Skran, NSS COO and Senior Vice President. “This important report recognizes that direction and incorporates it into a new vision of the space industrial base.”

These are all important milestones reflected in the NSS’s Roadmap to Space Settlement.

The National Space Society was founded in 1987 via a merger of the National Space Institute, founded to promote citizen support for the American space program, and the L5 Society, based on the work of space settlement pioneer Gerard K. O’Neill. The NSS is the preeminent citizen's voice on space exploration, development, and settlement. For more information go to space.nss.org.