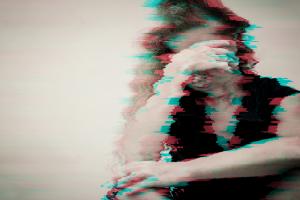 LOS ANGELES, CALIFORNIA, UNITED STATES, November 9, 2021 /EINPresswire.com/ — The Citizens Commission on Human Rights International says the trend in researching psychedelic chemicals to treat behavioral and emotional issues as an alternative to antidepressants is indicative of treatment failure. Antidepressants record a 30% failure rate and now older, discredited practices, such as LSD and psilocybin, are set to replace them. CCHR says that returning to the “turn on, tune in, drop out” effects of psychedelics from the 1960s and 70s is an attempt to instill these past failures with dangerous side effects into mental health practice today. “Bad ideas don’t get better with time,” it warns.

Hallucinogens were banned worldwide in the 1960s for good reason, CCHR says. Medical experts noted LSD induced a “psychotic psychedelic experience characterized by intense fear to the point of panic, paranoid delusions of suspicion or grandeur, toxic confusion, depersonalization” and all of these could “be of powerful magnitude.”[1]

CCHR reports that its chapters—among hundreds throughout 30 countries—are alerting it to widespread psychedelic research being undertaken. In Switzerland, where LSD was first discovered in 1943 by Albert Hofmann, a recent conference in Lausanne brought together 200 researchers, psychologists and psychiatrists from across Europe to discuss hallucinogens such as LSD and MDMA (Ecstasy) as alternatives to antidepressants.

The Telegraph in the UK recently reported that the future for treating depression is likely in psychedelics, including the “date rape” hallucinogenic drug, ketamine, and psilocybin, the active ingredient in magic mushrooms. With this came the predictable rider, CCHR says—that “scientists are still not entirely sure how [psilocybin] works” nor how ketamine “works” on depression.[2]

Jan Eastgate, president of CCHR International, points out that, “Unproven theories take on their own momentum, repeated so often that consumers believe them to be facts, as occurred with the SSRI antidepressant marketing scam in the 90s, claiming these corrected a ‘chemical imbalance in the brain,’ a theory now thoroughly debunked.”

In 2020, an article published in the American Psychiatric Association’s Psychiatric Services expressed that “Psychiatrists should be integral to models of psychedelic prescription and patient management….” Further, “Because of the potential for psychedelic drugs to disrupt the logic of one’s thought process, patients may lose the capacity to understand information provided to them or to rationally manipulate information to make a medical decision during a session.”

The article also stated: “Patients should understand that they may become a risk of harm to themselves or others (e.g., because of paranoia, agitation, or efforts to move while disoriented). Patients should know that, in such cases, they may not have the capacity to refuse efforts to reduce the risk of harm (e.g., restraint or, less likely, the application of a sedative). Establishing the patient’s preferences and educating the patient about the risk of adverse events before the session are necessary to reduce the risk of unexpected outcomes and claims of malpractice or battery.”[3]

Yet, in spite of their long-established risks, hallucinogens are being promoted with the lure of stunning profits in bio-tech companies. With marketing, a $7 billion psychedelics industry is anticipated, adding significant profit to the already $80 billion a year spent in worldwide psychiatric drug sales.[4] The global antidepressant market alone was estimated at $5.2 billion in 2019.[5]

One company stated: “We are planning for and believe in an entire world where one day adults may legally have the ability to access natural-occurring psilocybin.”
As in the 60s, legalizing psychedelics for prescription mental health use will inevitably lead to their abuse. Already, about one-fifth of global drug users consumed psychedelic drugs such as magic mushrooms (20%) or LSD (19.7%), according to 2017 statistics.[6]

But some mental health experts have urged restraint. Allen Frances, a former chair of psychiatry at Duke University, warned: “All new treatments in medicine have always had a temporary halo effect by virtue of being new and by promising more than they can possibly deliver.”[8]

The FDA has given three psychedelic drugs, including MDMA and psilocybin a “Breakthrough Therapy Designation” for research that could speed up future approval of these mind-altering drugs. Clinical trials of LSD for “Assisted Therapy for Anxiety” are already extant.[9]

In November, Forbes warned that while research on psychedelics “has never been so eagerly pursued, it’s not a panacea, and it doesn’t come without risks.”[10] “Psychedelics can be, literally, incapacitating,” says Dr. Clancy Cavnar, a clinical psychologist.[11]

CCHR is committed to cleaning up the field of mental health, with more than 190 laws already enacted around the world, but insists upon workable and accountable methods that are not mind-altering or brain-damaging.