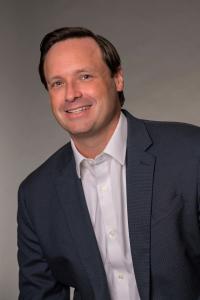 South Carolina has become an emerging leader in life sciences, and I am excited to continue SCBIO’s great work in helping to grow the life sciences industry.”
— Cr. James Chappell, CEO of SCBIO

GREENVILLE, SC, USA, November 4, 2021 /EINPresswire.com/ — Following a nationwide search that targeted 200 candidates in 39 states and resulted in 116 total applications from across the country, the Board of Directors of SCBIO has named James Chappell, an executive with Louisiana Economic Development, as the organization’s new President and Chief Executive Officer.

Dr. Chappell, whose career also includes time with Chartic Management Consulting in Boston, joined Louisiana Economic Development (LED) in 2013 and held positions of increasing responsibility at the organization including Executive Director of State Economic Competitiveness before being named Executive Director of Competitiveness and Entrepreneurship for the organization in 2021.

During his tenure at LED, Dr. Chappell’s numerous successes included designing and implementing the state’s $100 million venture capital and small business funds, developing strategies to recruit globally recognized companies to the state , and joining the Louisiana MediFund board to develop strategies to increase the biosciences and healthcare industries in Louisiana. He also collaborated with bioscience and technology advocates to improve incentives to promote growth in the bioscience and technology industries.

Dr Chappell earned his B.S. and M.S. in Plant Environmental Sciences from Clemson University, his Ph.D. from Louisiana State University, and a Postdoctoral Fellowship in Stem Cell Biology focusing on cancer and diabetes from Harvard Medical School. A three-year varsity football letterman while at Clemson, he is married with two children. He will begin his new role with SCBIO starting November 8, 2021.

“SCBIO and South Carolina life sciences are excited to welcome James to lead this dynamic and forward-looking industry organization, and to help our hundreds of life sciences companies and thousands of employees and innovators take it to an entirely new level,” said Lou Kennedy, Board Chair of SCBIO and founder and CEO of Nephron Pharmaceuticals, and a member of the search committee. “Competition for the position was extremely strong but we unanimously felt that his credentials in both life sciences and economic development were the precise mix we sought as we continue to build, advance and grow the industry in South Carolina.”

Life sciences has a $12 billion economic impact in the Palmetto State, with more than 700 firms involved and over 43,000 professionals employed in the research, development and commercialization of innovative healthcare, medical device, industrial, environmental, and agricultural biotechnology products. It also represents a significant economic development focus for the state, led by the South Carolina Department of Commerce and other regional economic development teams.

South Carolina life sciences has seen a near-doubling of firms and 40% increase in life sciences’ direct employment since 2017, which combine to make it the fastest growing industry sector in the state, according to data provided by Dr. Joseph Von Nessen, state research economist and noted economic development expert with the Moore School of Business at the University of South Carolina.

“As a South Carolina native, I am thrilled to join SCBIO and return home. South Carolina has become an emerging leader in life sciences, and I am excited to continue SCBIO’s great work in helping to grow the life sciences industry,” noted Dr. Chappell.

Ms. Kennedy went on to thank SCBIO Interim CEO Erin Ford for her critical contributions in leading the organization during the search process, which began in May with the resignation of prior CEO Sam Konduros.

“Erin continued to do a strong and stellar job in leading the organization, charting the path, and maintaining the momentum without missing a beat during this national search, and our board and membership are grateful to her. The entire board and SCBIO membership are excited that she will remain a key part of the organization in her prior role of Executive Vice President and COO to add a steady and experienced hand to crafting an exciting new future.”

Ms. Ford has served as primary lead for SCBIO’s business operations and finances, championing investor relations and existing industry strategies, and spearheading integrated marketing initiatives. She has managed the majority of the organization’s day-to-day requirements since joining SCBIO in 2017.

Since 2017, SCBIO has more than tripled membership and quadrupled revenues, implemented a strong economic development focus, and launched a new innovation platform. It serves as the voice of the life sciences industry, implemented a surging workforce development initiative and created ongoing programs to encourage participation by women in life sciences, to support diversity-equity-inclusion initiatives and to encourage student participation in the industry. The organization also successfully led industry and organizational pivots during the COVID pandemic. In a recent executive order, Governor Henry McMaster authorized SCBIO and the state’s Commerce Department to work together to accelerate the onshoring and repatriation of the pharmaceutical industry and vital PPE products and technologies to South Carolina.