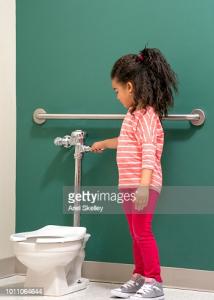 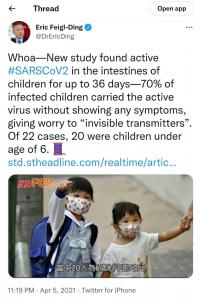 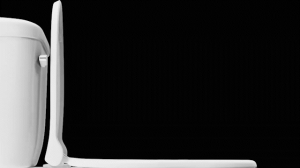 The company introduces the world’s first magnetically sealing toilet seat to protect children from toilet plumes that can carry COVID-19 and other diseases.

SASKATOON, SASKATCHEWAN, CANADA, October 28, 2021 /EINPresswire.com/ — With COVID-19 transmission cases on the rise, teachers have been raising safety concerns around the world. Instructors have been asking for many things to support the safety of themselves and students, including plexiglass, smaller class sizes with more spacing between students, and multi-surface disinfection dozens of times a day. These all are best practices, but schools are forgetting another important transmission ‘pinch point’ that science has been warning us all about for decades now: toilets.

Ryan Hunt, the inventor of The Common Sense Toilet Seat, believes schools aren’t doing enough – with an important infection route largely being ignored.
“Transmission is happening in schools, worldwide as we speak,” says Hunt. “We have a proven fecal oral transmitting disease in COVID-19 SARS-CoV-2 that is known to replicate new fresh COVID-19 virus in the anus. Children have been proven to shed for 36 days or longer being described as ‘silent spreaders,’ often with asymptomatic children and adults depositing the virus into toilets at schools, with high velocity jet-flushes that aerosolize anything that was in a toilet back at them.”

“The mists coming out of our toilets is a known bio-aerosol, moist air the same as our breath,” Hunt continues. “These infectious particles are sprayed throughout a bathroom, uninterrupted without any covering and landing throughout a bathroom or being inhaled by a student or teacher. These bio-aerosols have been tracked at 5m per second and with most school aged children under 12 being less that 5 feet in height.”

“Depending on the height of your child, that puts your child’s face right in harm’s way when it comes to toilet plume,” says Hunt. “Unfortunately, most younger kids don’t understand ‘flush and run’ like most adults in a public bathroom. Instead, most kids opt to watch, being glazed in the last 24 users or more of that toilet, completely oblivious to the billions of infectious organisms (some infectious) contained in our wastes that are being flung back at their little faces. Kids’ immune systems are robust, but there is nothing healthy or safe from inhaling toilet plume, coating kids lungs with infectious diseases. A young child isn’t as savvy as an adult is, often clumsily touching multiple surfaces in a bathroom stall coated in landed toilet plume – surfaces that could contain active COVID-19 virus.”

According to Hunt, American and Chinese scientists have demonstrated that the virus can be spread easily above a toilet seat, with recent science out of Florida Atlantic University Stating:

“The droplets were detected at heights of up to 5 feet for 20 seconds or longer after initiating the flush. … large quantities of droplets smaller than 3 micrometers in size, posing a significant transmission risk if they contain infectious microorganisms. Due to their small size, these droplets can remain suspended for a long time.”

San Francisco teachers are being the most denotable group of educators refusing to return to work until every toilet seat in the district received toilet lids. Unfortunately, with that same Florida Atlantic University Science from before stating: “Researchers detected a smaller number of droplets in the air when the toilet was flushed with a closed lid, although not by much, suggesting that aerosolized droplets escaped through small gaps between the cover and the seat.” From the research, this means ALL current toilet seats on the market are useless in the fight against toilet plume.

“We fully support the San Francisco teachers in their fight for safer and schools to not only protect their health, but of the children that rely on them. We, at the Common Sense Toilet Seat Company, just hope that they opt for our lids, which will perform exactly as they had hoped.” Hunt goes on to say ,“we are definitely shaking up an industry that hasn’t seen much change to seats and lid design in 70 years. But in the case of schools, it’s really time we put a lid on things!”

Invented by Canadian Ryan Hunt and prototyped & designed by his production partner Randy Janes. The Common Sense Toilet Seat Company has created internationally patent pending seats that fully magnetically seal up like a refrigerator, that are just as simple as they sound to use. The product addresses the issue of toilet plume/bio-aerosols, a concept that has been scientifically proven to contribute to the spread of many fecal oral transmittable diseases.