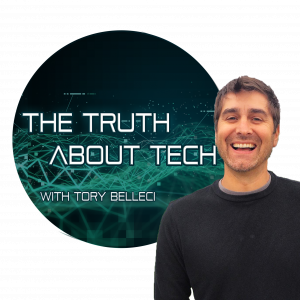 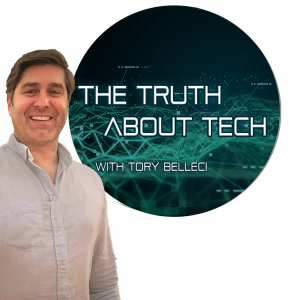 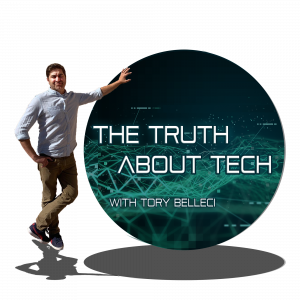 Tory finds The Truth About Tech in new web series

Online show attempts to expose the facts behind the buzzwords, separating rumor from reality

In this series we'll explore what’s really going on under the hood of hot technologies by speaking with true experts. It’s going to be fun & useful to anyone who wonders what is The Truth About Tech?”
— Host and Mythbuster Tory Belleci

SAN FRANCISCO, CALIFORNIA, USA, October 21, 2021 /EINPresswire.com/ — Television host and Mythbuster Tory Belleci has launched a new online series The Truth About Tech. The series consists of 10-15 minute episodes in which Tory discusses hot tech topics with experts, in a light and fun fashion. The show is now viewable on YouTube and Instagram, with new episodes debuting weekly.

A New Approach to Talking About Science & Technology

Instead of the traditional slow-exposition style followed by the majority of broadcast and cable shows that cover scientific and technological subjects, by running solely online The Truth About Tech isn’t required to drive the viewer through multiple commercial breaks in order to get to the real information. The show is supported by sponsors with only one promotional piece during a given episode. The rest of the time is dedicated to Tory in conversation with interesting and knowledgeable gurus on highly topical subjects.

“We all experience technology in our daily lives,” said Builder and Mythbuster Tory Belleci. “In this series we’ll explore what’s really going on under the hood by speaking with true experts. It’s going to be fun and useful to anyone who wonders what is The Truth About Tech?”

Episodes feature guests from many facets of technology — in the first installment, Tory talks with NASA Astronaut Garrett Reisman about the Billionaire Space Race – viewable now at https://youtu.be/K2cCssNQ1dc

5G: Will it really change our lives?
Augmented reality: Will we all get computer vision?
Autonomous vehicles: Are we actually close to having self-driving cars?
Blockchain: Is blockchain going to change the world?
Commercial spaceflight: Is private spaceflight just for billionaires?
Digital twins: Doppelgangers for entire cities?
Drones: When will drones deliver my pizza?
E-Commerce: Is data commerce the next big thing?
Electric vehicles: Is it finally time for all-electric cars?
Energy: Is there hope for the power grid?
GPS: Who runs the GPS and why?
IoT: The Internet of Silos
Mobile Devices: What comes after cellphones?
Next-gen gaming: Is life going to become a gigantic video game?
Robotics: Are the robots finally coming?
Small satellites: Can I have my own satellite (please)?
Smart cities: Society's saviour or SkyNet?
Solar power: Let it shine – solar power is happening everywhere
Submersibles: I want a submarine!
Urban Air Mobility: Are we actually about to get flying cars?
Virtual Reality: Virtually, Everything
Wave power: Wave Hello
Wind power: The answer is blowin' in the wind

Tory Belleci is best known as the daredevil on MYTHBUSTERS, and can build just about anything. He returns in the new Motor Trend show MOTOR MYTHBUSTERS for Discovery Networks. He started working in the industry behind the scenes in 1994 after graduating from San Francisco State University's film school. For almost a decade he worked as a model maker, sculptor and painter at George Lucas' Industrial Light and Magic building models for major Hollywood movies including the Star Wars prequels. His models include the pod racers and the Federation battleship. Other movies that you can see his work in include Starship Troopers, Galaxy Quest, Terminator 3, The Matrix 2 & 3 and Van Helsing.