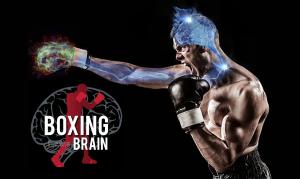 Brain stimulation in athletes: Dose that do the trick?

SHIRAZ, FARS, IRAN, October 8, 2021 /EINPresswire.com/ — Anyone might have dreamed of achieving even more in what he/she obtains in personal and professional life. Since our mental and cognitive aptitude as well as motor, sensory and emotional function and regulation are governed by our brain and nervous system, the idea of brain empowerment has become captivating over the past years.

Beside the impact of healthy lifestyle, sleep, and proper physical activity, neurotechnologies have opened new avenues to enhance the brain function and personal productivity. In that sense, other than vitamins and cognitive boosters, neuromodulation through non-invasive brain stimulation has attracted a substantial research interest. This interest has now found its way into the field of sports, leading to a growing field known as ‘neurosport’.

In neurosport, scientists often tend to apply neurotechnological advances to enhance athletic performance. This becomes salient in intense competitions where a little difference in scores may mean a lot.

Imagine you are a soccer player, runner, bodybuilder, or a boxer. How do you think a faster reaction, more accurate motor response, enhanced strength, and less perceived exertion can affect your final score in a competition? Now, the question is ‘what sport neuroscience and neurosport research inform us on that based the past 10-15 years of research?

"TDCS is a developing approach to improve the performance of healthy people. Moreover, new studies have substantiated the effects of direct current stimulation of the spinal cord on motor functions, such as reduced reaction time. The effect of tDCS and tsDCS may be attributed to the changes in spontaneous neural activity and the membrane potential of the cortical and corticospinal neurons", said Dr. A.M. Kamali, the first author of this report.

Dr Kamali further emphasized, given the scarcity of non-invasive brain stimulation studies in sports neuroscience, especially in boxing, the present study investigated the effects of neuromodulation on motor and cognitive functions of professional boxers.

Results showed that anodal tDCS and tsDCS can be considered as effective in improving the overall performance of professional boxers. This study can contribute to the design of the central nervous system stimulation protocols to improve athletic performance, including the athletes’ reaction accuracy and speed. Owing to the positive effects of this dual tDCS and tsDCS montage on the athletic performance of experienced boxers, this approach may be considered as an add-on to scale-up the professional boxers’ achievements in intense professional competitions.

Dr. M. Nami (Lead Faculty at the Department of Neuroscience, Shiraz University of Medical Sciences, and the Corresponding Author of this report) highlighted that characteristics including “faster, more agile, and stronger in athletic performance” are the key substrates for success in many competitive sports. He also stressed on the recently increased interest among researchers in exploring the relationship between sports science and neuroscience using novel methods such as brain stimulation and nerve reshaping, to increase athletic performance. “TDCS is a non-invasive technique, in which a weak direct current result in plastic and electrophysiological changes in the brain and neural networks”, he added.

He also noted that some earlier studies conducted by the researchers at the Department of Neuroscience and Dana Brain Health Institute in Shiraz, showed that athletic performance in other fields can similarly be improved by tDCS. “For instance, our 2019 study published in PLOS ONE, showed that a particular cortical stimulation montage can reduce the professional bodybuilders’ perception of fatigue and increase their strength. Likewise, in another study, Kamali et al. demonstrated that shooting accuracy could receive a significant improvement in professional pistol shooters following tDCS” said Dr Nami.

According to this research, such studies propose that the emerging field of applied neuroscience may not only help patients with neuropsychological disorders, but also improve the performance of healthy people, namely athletes.