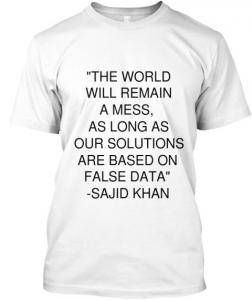 Use your mind/’I’ to heal your brain. 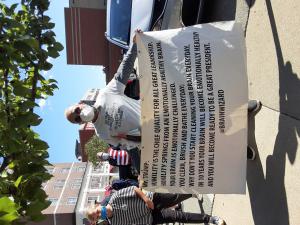 This is the truth about Trump.

Those who will lie to cling to power are unfit to be leaders, they are criminals. To cover Trump's insanity Republican senators are coldly lying in our face.

America has done a great job by driving insanity out of the White House & now it is time to drive lapdogs out of the senate and place full power in the hands of wise leaders. It is all in your hands.”
— Sajid Khan

ATLANTA, GEORGIA, UNITED STATES, December 3, 2020 /EINPresswire.com/ — This press release is especially for those voters who are still not sure who to vote for. And it is a reminder to all voters to please chose wisely as voting for an unfit senator will make life worse for all.

According to the Bible, the greatest leader was Moses and he was also the humblest leader in the history of humanity.

When the nation of Israel was being set up God gave humility to 70 future leaders of Israel. It is clear that the biggest character trait for all great leadership is humility.

I am neither a Republican nor a Democrat. I am an activist for emotional health. My aim is to figure out who will be the best choice in the current senate races in Georgia. I have a simple formula for wisdom and I have a US patent on how to measure it. As wisdom is the litmus test for all great leadership I also have a presidential rating test.

My US patent based, presidential rating test goes as follows:

1) Premature self (-2). He is macho and considers himself above the law, disrespectful, totally self-centered, prejudiced, has all the attributes of ignorance, and is insane.

3) Mature self (+1) Considers everyone as equal but considers himself as the best.

4) Super mature (+2). Selfless, humble, has all the attributes of wisdom/emotional-health like compassion, love, respect and above all humility, etc.

Will someone please tell me if Trump is -2 or not, totally unfit to be president. Will someone tell me if the entire Republican leadership, except for a few, are -1 or not. They are cunningly corrupt opportunists, knowingly lying to cover up Trump's insanity.

The worse part about these Republican senators is that Trump is a slave of his insane gut that believes itself to be the greatest expert in every single field and so Trump does not need any expert advice as he is the last word on every topic. Accordingly, Trump does not hire the best possible experts just lapdogs who if they disagree even slightly with his insane gut are fired. Today the vast majority of the Republican party is well aware that Trump has major flaws and yet they are knowingly supporting his every insane and illegal move.

Senators are chosen to enhance the president's knowledge base and to increase the optimization of the government. Senators are expected to be experts who fight with honesty for their constituents and not tolerate any dishonest and illegal behavior even from the president.

Perdue and Loeffler have chosen to be lapdogs for Trump's insane gut. Trump is helpless as he is insane but Perdue and Loeffler are worse than insane they are criminals for knowingly supporting every insane and illegal move of Trump.

One can clearly see that Biden is humble and is well prepared thus fully fit to be president. Biden's biggest quality is that his word is never the last one in the room. He is always looking for the best and latest cutting edge advice. He does not choose lapdogs he chooses the best possible experts. He listens and follows their advice.

Rev. Warnock and Ossoff are well prepared and truly wise leaders who will be big assets for the Biden-Harris team. Their competence will result in a better life for all Americans.

When I say that Trump is insane (-2), and his senators and congress are (-1) corrupt opportunistic supporters of insanity who support an unfit president simply in order to cling to power, they accuse me of being wrong but provide no proof. You can figure out and judge for yourself.

It is very crucial that Biden has the senate majority otherwise his agenda will be blocked in the senate and there will be not much that he can achieve.

America has done a great job by driving insanity out of the White House and now it is time to drive lapdogs out of the senate and place full power in the hands of wisdom.

MY HYPOTHESIS WITH ITS TRILLION DOLLAR APPLICATIONS.