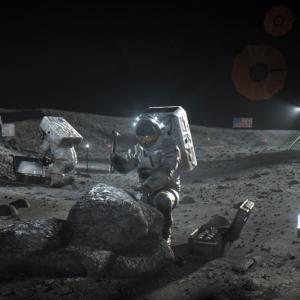 The principles of the Artemis Accords represent guidelines or norms for national and private sector behavior in space … they could eventually become customary on the international level.”
— Alfred Anzaldúa, President Pro Tem of the National Space Society

WASHINGTON, D.C., US, October 16, 2020 /EINPresswire.com/ — The National Space Society (NSS) commends NASA Administrator Jim Bridenstine for his signal achievement announced on October 13 that seven countries have signed on to the Artemis Accords along with the United States. Those countries are Australia, Canada, Italy, Luxembourg, Japan, the United Arab Emirates, and the United Kingdom. The Artemis Accords embody “rules of the road”
for activities on the Moon that the signatory nations agree to follow and will seek to enforce.

The Artemis Accords were originally announced by NASA in May 2020 but have since gone through a series of reviews and comments by a variety of nations and space stakeholders. The eight nations became signatories to the revised version presented on October 13. The accords also serve as a pathway for future bilateral agreements between NASA and other nations through which the Outer Space Treaty of 1967 and other international space treaties can be enforced. The Outer Space Treaty stipulated basic agreements forbidding the use of weapons of mass destruction in space and disallows territorial claims there.

NASA Administrator Jim Bridenstine said, “Artemis will be the broadest and most diverse international human space exploration program in history, and the Artemis Accords are the vehicle that will establish this singular global coalition” when announcing the signing.

The Chair of the NSS Executive Committee Dale Skran noted, “Although the Accords process is through bilateral agreements with NASA, the overall result will be an open and transparent multilateral effort for space development based on principles including the registration of space objects, release of scientific data, interoperability, emergency assistance, recognition of the right to use space resources, and avoiding the creation of space debris. We hope that Russia and other countries see the benefit of joining such an open and transparent process for space exploration and resource utilization.”

NSS Executive Vice President Alfred Anzaldúa added, “The principles of the Artemis Accords represent guidelines or norms for national and private sector behavior in space. If the activities of the signatories and other like-minded countries conform to these norms, they could eventually become customary on the international level, greatly enabling robust cooperation to the benefit of all concerned.”

NASA’s Artemis program aims to land two astronauts, including the first woman, on the Moon as early as 2024, with the intention of eventually creating a permanent presence on the lunar surface. "With today's signing, we are uniting with our partners to explore the Moon and are establishing vital principles that will create a safe, peaceful, and prosperous future in space for all of humanity to enjoy," Bridenstine said.

The Artemis Accords conform to the NSS’s Roadmap to Space Settlement, which can be seen here.

The National Space Society was founded in 1987 via a merger of the National Space Institute and the L5 Society. The NSS is the preeminent citizen's voice on space exploration, development, and settlement. To learn more about the NSS and its mission to establish humanity as a spacefaring species, visit us on the web at space.nss.org.