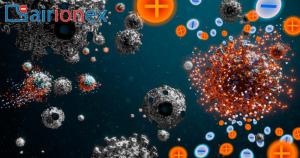 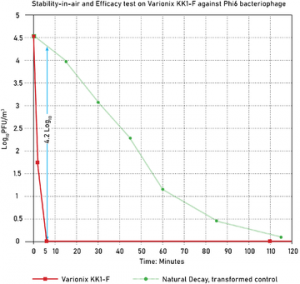 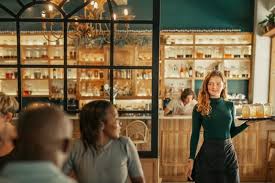 We Can Return to Normalcy

Recent research & testing is proving the merits of aggressive tactics

The danger of this thing has always been that it’s pervasive and elusive once it strikes. We’ve found the means by which to attack it immediately.”
— Jukka Matikka

LOS ANGELES, CA, USA, September 22, 2020 /EINPresswire.com/ — Inarguably, “The Virus” has changed our world over the past 9 months. A mindless mutant microbe has increasingly transcended all aspects of life-as-we-knew-it and has reduced Mother Nature’s “most intelligent life form” to mere deterrence in the form of masks, social distancing and basic hygiene.

Currently there is no “cure”, universally proven therapeutic treatment or viable vaccine in the fight against the pandemic. Science and common sense … even the Golden Rule … have succumbed to ignorance, politics and social irresponsibility as civilizations’ paradigms.

Fortunately the majority of the rational population exercises rational measures and has somewhat mitigated the exponential threat. Yet only the most ethical of experts acknowledge that there are no absolute solutions presently. Only the charlatans lay claim to omniscience and crystal balls.

Ignoring the inanity of too many politicians, pundits and personal opinions among the public, all valid precautions and preventive measures remain only defensive in nature so far. Well, “The cavalry is not only coming”, the reinforcements are coming with a vengeance. Airionex has retained independent 3d party researchers who have proven Varionix active bipolar ionization technology to be the most aggressive and effective means to supplement common sense measures while efficiently destroying the vicious germ in mid-air. Extensive testing has proven that human technology can be even more fatal to the adversary than “the bug’ is to humanity.

In supplement to the best advice of legitimate epidemiologists, scientists and statisticians, the virtual annihilation of airborne pathogens is not only possible, the technology is immediately available … in the workplace, households, commercial transportation, healthcare facilities, classrooms, social environments, factories and even indoor sports arenas.

No, this tactical assault will not replace common sense, masks, or vaccinations. But the strategy can and does dramatically reduce contamination and infection in ambient indoor environments – both in the air and on surfaces – within minutes and continuously.

The practical science has already been implemented in Asia and Europe. There are comprehensive data, test results and details readily available by following any of the links or visiting the website below. But in simple language that any lay person can understand, the scientific jargon can be explained in a few minutes and even fewer words.

Reader’s Digest Version: A qualified technician can install a thingamajig and some specialized tubing that will charge the environmental atmosphere with negative oxygen ions. (You can’t see, feel or smell them). Unlike Covid-19 and many other, less-lethal, “germs” (the “bad guys”) that are floating in our air, these microscopic ionic molecules (the “good guys”) will not linger and wait to conduct a sneak attack on an isolated victim by attaching themselves to cells within our respiratory systems.

Rather, for example, in any size space and within 5 minutes, the environment becomes saturated with an army of active molecules-on-steroids whose sole mission is to fatally adhere themselves to the enemy, kill it and then dissipate harmlessly into oblivion.

The environmental and economic impact of all this chemical death and destruction is equivalent to that of turning on a TV set.

Jukka Matikka, founder and CEO of Airionex, has brought the fight to North America with a vengeance. Although his crusade spans 3 time zones and as many nations, he was eager to meet for a very informative interview. The in depth conversation can be best summarized in his brief words, “The danger of this thing has always been that it’s pervasive and elusive once it strikes. We’ve found the means by which to attack it immediately.”

Quick Explanation of a Complex Concept