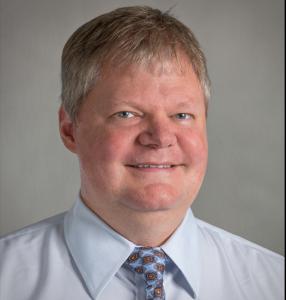 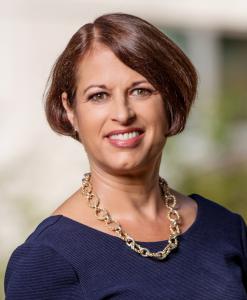 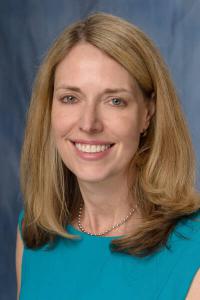 Florida has emerged as a national leader in genetics research specialty

The precision medicine talent in Tampa, Gainesville, and across Florida is making a big difference in people’s lives. This recognition is exciting for Florida.”
— Dr. Howard McLeod

TAMPA, FLORIDA, UNITED STATES, September 18, 2020 /EINPresswire.com/ — TAMPA – The study of pharmacogenetics is not a new one in the world of medical research.

Also referred to as Precision Medicine, pharmacogenetics is a branch of genetics that addresses how our genetic code influences how we respond to drug therapies.

As early as 1957, a published paper noted that adverse reactions to an anti-malarial drug and a muscle relaxant were inherited and linked to deficiencies in the activity of specific liver enzymes. The article established the link between genetics and the enzymes that break down medications.

Which brings us to Florida, home to three of the top five U.S. experts in the field.

Dr. Howard McLeod, medical director of Tampa’s Geriatric Oncology Consortium and a clinical researcher, is ranked No. 1 and Dr. Julie Johnson and Dr. Larisa Cavallari of the University of Florida are ranked No. 4 and No. 5 in the country, according to Expertscape, which ranks experts based on the quality and quantity of their publications.

“The precision medicine talent in Tampa, Gainesville, and across Florida is making a big difference in people’s lives. This recognition is exciting for Florida,” said McLeod, who is also affiliated with USF Taneja College of Pharmacy.

McLeod is also ranked No. 2 in the world in pharmacogenetics behind Professor Sir Munir Pirmohamed of the University of Liverpool in England.

Johnson is the dean of the University of Florida College of Pharmacy. Her research focuses on cardiovascular pharmacogenetics and genomic medicine implementation. She is an internationally recognized expert in the field. Johnson has served on the Nonprescription Drugs Advisory Committee of the FDA, the XDN study section of the NIH.

Cavallari said the concentration of experts in the field in Florida is helping the state take a lead role in this area of medical research.

“There is a large collection of nationally and internationally recognized experts in pharmacogenetics at universities and health centers across Florida, facilitating multi-site collaborations to advance evidence in the field and implementation of pharmacogenetics in clinical practice,” said Cavallari. “This work not only helps us understand the reason that people respond differently to medications but also, we are able to translate that into improved care of the patient.”

Johnson said UF’s focus on this area of study is reflected in the rankings.

“The University of Florida has intentionally built strength in this area so perhaps it is not surprising that two people from UF are so high on this list,” she said.

Modern pharmacogenetics research was advanced a hundredfold by the Human Genome Project, which produced a working draft of the human genome in 2000.

“Today, we are learning the language in which God created life,” President Bill Clinton said at the time, paraphrasing Galileo, who insisted that the natural philosophy, even the universe itself, was written in the language of mathematics. “We have caught the first glimpse of our own instruction book. It will revolutionize the diagnosis, prevention, and treatment of most, if not all, human diseases,” he added.

McLeod said the Human Genome Project has revolutionized modern medicine, allowing everything from the diagnosis of babies in the womb to identifying which medicines will work for individual patients.

Last month, the FDA gave clearance to 23andMe, a biotechnology company, allowing its direct-to-consumer personal pharmacogenetics report to guide the use of two treatments without the need for confirmatory testing.

"This expanded indication for our pharmacogenetics report recognizes the accuracy of our results and enables doctors to use them in prescribing therapies," said Anne Wojcicki, CEO of 23andMe. "This is a great milestone in making personalized medicine a reality."

FDA granted 23andMe 510(k) clearance for a pharmacogenetics (PGt) report for interpretive drug information for two medications – clopidogrel, prescribed for certain heart conditions, and citalopram, prescribed for depression. The 510(k) clearance modifies the labeling of the previously authorized 23andMe CYP2C19 Drug Metabolism Report, removing the need for confirmatory testing and allowing the company to provide interpretive drug information based on genetic factors for these specific medications, according to the company.

“It is about empowering people to help guide their own care” added McLeod. “We have entered the age of real-time, patient-controlled medication management,” he said.