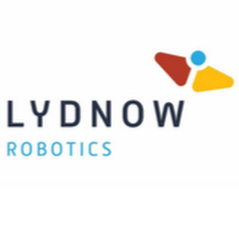 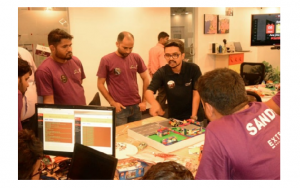 Four students from Pune have won the Cozmo Clench competition at Techfest 2018-19 hosted by the Indian Institute of Technology (IIT), Bombay.

A robot may not injure a human being or, through inaction, allow a human being to come to harm or Second Law"”
— saac Asimov, I, Robot

Cozmo clench competition requires the participants to complete ‘pick and place’ tasks, through an obstacle course, with their robots within six minutes. Each of these teams have to build their own unique robots to solve the problem, said a statement issued by IIT Bombay techfest team for Cozmo clench competition.

The team, which with Aryan as the captain won the competition, completed the tasks in a record time of one minute and 26 seconds and scored 464 points overall. “They won the competition by a huge margin as the team that secured the second position in the finals had completed the tasks in three minutes and were constantly practising in their IIT hostels and had a fixed strategy for each of the tasks that they were running through and kept improving throughout the three days,” said Mallick.

“This helped them improve their timings with their well-designed and robust robots which is our focus of study and where we encourage the students to build innovative instructional programmes in robotics, automation education and developing educational robots and kits,” he added.

Aryan Chaubal, Class 9 student, said, “We were a group of 4 students, all working together under the guidance of our teachers at Lydnow Robotics during our brainstorming sessions and we came up with new problems, new solutions and most importantly new ideas. But that’s the essence of brainstorming, you put anything and everything that you can think of down on paper, this way you can eradicate setbacks and furthermore create viable design ideas that you have your trust in.”

Zyfn Kothavala (13) , a student of The Bishop's School, Camp, who was also part of the team, said, “Our focus when we started was to find an optimal solution for the Cozmo Clench problem statement. We finally settled on a wired robot, with a rotating base that could place the block anywhere in a 180 degree radius. We spent about two months building it, working every Saturday from morning to evening. The benefits of the selected approach were that we moved the complexity into the remote and having a turntable gave the robot great flexibility. We were incredibly excited to hear that we had won after a thrilling and satisfying Techfest 2018.”

Lydnow Robotics is a fast-growing training and consulting company in robotics and automation in Pune. Lydnow’s diversified expertise extends across the educational and industrial sectors.