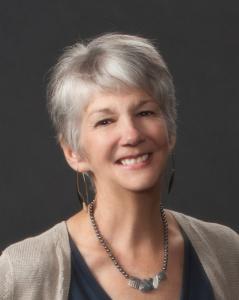 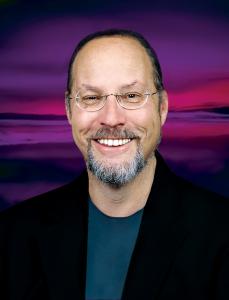 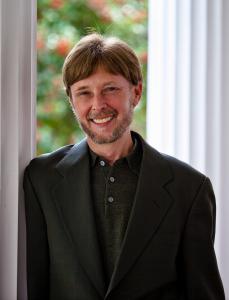 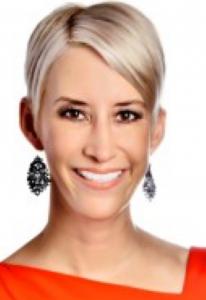 Jonathan Goldman is listed as one of the "100 Most Spiritually Influential Living People in the World".”
— Watkins Review

Martin discusses his evolution from being a drummer in a rock band to analyzing how sound could be used to heal. Goldman shares stories from his 40+ years of studying sound and emphasizes the importance of allowing imperfections to occur in music. Dr. Riley draws from her research from her documentary "Intention: The Power of the Heart," and discovering how coherence causes music to sound differently to the audience.

"From Cacophony to Coherence" aims to explore the importance of coherence in all areas of our lives, and how noise can become coherent with the right intention. The idea for this show emerged from Dr. Kathleen Riley's research on coherence with an intimate Facebook music group she created during COVID-19 to help support musicians with fulfilling their life's purpose.

Howard Martin is one of the original leaders who helped Doc Childre found HeartMath and has been with the organization since its inception in 1991 serving as a key spokesperson and executive. In 1999 he co-authored with Doc Childre, The HeartMath Solution, published by HarperSanFrancisco , considered to be a classic and the definitive work on the intelligence of the heart. Howard is also a contributing author of the book, Heart Intelligence, Connecting with the Intuitive Guidance of the Heart and is the Executive Producer of the film , The HeartMath Experience released in 2020.

Howard is a former professional musician, a drummer and record producer, who toured and collaborated with many recording artists from 1967 to 1980. Post his professional career he continued to create music and was the Producer and drummer/percussionist on Doc Childre’s Heart Zoneswhich spent 50 consecutive weeks on Billboard Magazine’s music charts.

JONATHAN GOLDMAN, M.A. is an international authority on sound healing and a pioneer in the field of harmonics. He is author of numerous books including HEALING SOUNDS, THE 7 SECRETS OF SOUND HEALING, and his latest, the best-selling THE HUMMNG EFFECT which won the 2018 Gold Visionary Award for “Health Books”. A Grammy nominee, he has created over 25 best-selling, award winning recordings including: “CHAKRA CHANTS”, “THE DIVINE NAME” (with Gregg Braden), and “REIKI CHANTS”. Jonathan has been named as one of Watkins’ Mind Body Spirit magazine’s “100 Most Spiritually Influential Living People”. Jonathan is director of the Sound Healers Association and president of Spirit Music, Inc. in Boulder, Colorado. www.healingsounds.com

Kathleen Riley is a visionary, highly intuitive and passionate in her mission to help performing artists connect more deeply with their heart’s intelligence and create coherence through their music and sound. She combines her expertise as a professional musician and extensive education and training in post-doctoral studies in neurophysiology and psychology, as well as certifications in biofeedback, with a passion to see others thrive. Kathleen’s journey led her to become involved with the HeartMath Institute and go on to receive several certifications.

Her latest research study conducted with the HeartMath Institute explored the effects of a shared heart intention among members of a string quartet on the musicians and audience members. The research was filmed and produced as a documentary, Intention: The Power of the Heart.

In response to COVID-19, she has created the Global Coherent Musicians Community, designed to bring musicians, scientists and researchers together to understand and explore how our intentions and sound frequencies affect the global field.

Jennifer K. Hill has appeared on many major news outlets around the world including: KNX Radio, BBC News, ABC, NBC, FOX and E! News, and has been quoted in numerous online articles as well including The Ladders and Glassdoor. In addition, Jennifer has been featured speaker for various conferences, law firms and corporations around the United States.

In 2013, Jennifer published her book 'Stop Hoping, Start Hunting! A Job Seeker's Guide to Finding a Dream Job,' and in 2020 she published "101 Spiritual Tools for Uncertain Times." She has also since published two widely acclaimed white papers focused on transformation in the legal industry.

Jennifer also hosts a weekly radio show on LA Talk Radio, called 'Get Yourself the Job,' with over 30,000 listeners a month, where she interviews experts and authors from around the world on the subject of landing one's dream job. Jennifer is very passionate about contributing to her community. She built her first school in Nepal in 2017 by partnering with BuildOn.org and recently built her second school in Senegal in November of 2019.

In 2020, Jennifer co-created the Coalition for Global Unity which hosts weekly, free meditations with leaders, teachers and influencers from around the world every Monday at 12pm PT on https://awaketv.vhx.tv/browse