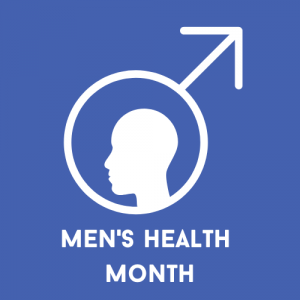 The state of West Virginia, as well as the cities of Fairmont and Martinsburg, have issued proclamations celebrating men’s health and fatherhood in June, helping educate men, boys, and their families about disease prevention, timely screenings, healthy lifestyles, and positive family relationships.

The importance of this effort is also highlighted by a statement from the White House each year.

Raising awareness of the need for men and boys to live healthy lifestyles is critical to their wellbeing. The life expectancy for men is five years less than women, and men also have higher rates of death from cancer, diabetes, and heart disease. Moreover, the Centers for Disease Control and Prevention (CDC) reports women are 100% more likely to visit their doctor for annual exams and preventative services than men.

Report cards on the status of male health in each state can be found at the State of Men's Health website. Proclamations from every state be found at www.MensHealthMonth.com

Dr. Sal Giorgianni, Sr., Science Advisor for Men's Health Network, underscored the importance of this nationwide initiative saying, "The health of boys and men in any community are directly related to the overall health of that community.” Dr. Giorgianni also recognized the particular appropriateness of the Governor's proclamation adding, “Acknowledging the important messages of Men's Health Month and supporting this celebration of the health of boys and men is a key to improving the health and wellbeing of the whole community."

“We applaud officials in their states for helping raise awareness of the health issues facing men and their families by recognizing this year’s men’s health awareness period,” said Ana Fadich Tomsic, MPH, CHES, Vice President, Men’s Health Network. “Communities around the globe are becoming aware of the devastating effect COVID-19 has on men and recognize that this June is the ideal time to encourage them and their loved ones to stay safe and seek early treatment when needed.”

Across the country, hundreds of health care professionals, private corporations, faith-based organizations, community groups, and other interested organizations help plan activities and events that focus on men’s health during June, and throughout the year. On June 19, MHN encourages participation in using the #ShowUsYourBlue hashtag on social media where participants raised awareness about men’s health issues by Wearing BLUE.

For ideas and free resources in both English and Spanish, visit www.MensHealthMonth.org

This year also marks the 26th anniversary of the establishment of National Men’s Health Week, as part of the larger awareness period of Men’s Health Month. The legislation was sponsored by Senator Bob Dole and Congressman Bill Richardson and was signed into law by President Bill Clinton on May 31, 1994.

Men’s Health Month and Men’s Health Week are organized by Men's Health Network (MHN), an international non-profit organization whose mission is to reach men, boys, and their families where they live, work, play, and pray with health prevention messages and tools, screening programs, educational materials, advocacy opportunities, and patient navigation.Learn more about MHN at www.menshealthnetwork.org and follow them on Twitter @MensHlthNetwork and Facebook at www.facebook.com/menshealthnetwork. For more information on MHN's ongoing Dialogue on Men's Health series, visit www.dialogueonmenshealth.com