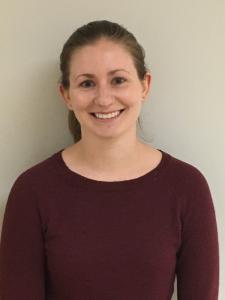 I am truly honored to be named the CRF’s first annual Randy Wheelock Research Award recipient and continue working with the scientific and medical experts in the CRF consortium.”
— Kim Edwards

The Choroideremia Research Foundation (CRF) is pleased to announce that Kim Edwards is the recipient of the 1st Annual CRF Randy Wheelock Research Award. Ms. Edwards is a graduate student in the Cellular and Molecular Pathology (CMP) program at University of Wisconsin-Madison, training in the laboratory of David Gamm, M.D., Ph.D. The award is for $50,000 with research to be completed within one year.

"I am truly honored to be named the CRF’s first annual Randy Wheelock Research Award recipient,” explained Ms. Edwards. “As a graduate student I am humbled and grateful for the opportunity to continue working with the scientific and medical experts in the CRF consortium. This award will enable me to develop a greater understanding of the underlying pathobiological mechanisms of choroideremia and push towards our collective goal of finding effective treatments."

Randy Wheelock became involved with CRF in 2007 and eventually served as the organization’s Chief Advisor for Research and Therapy Development. He was an integral part of the organization’s achievements over the years. To keep Randy’s dream alive after his passing in 2019, CRF launched the annual award in support of emerging scientists and research professionals working on choroideremia (CHM) or related issues.

Dr. Gamm first met Randy years ago at a vision research conference, shortly after his lab began studying retinal degenerative diseases (RDDs) and developing potential therapeutic strategies. “Numerous RDDs were on my radar at that time. Randy, with his persuasive intelligence, compassion, humor and crushed hot pepper recipe, met me at that crossroads and offered support for our efforts through CRF. We have never looked back and I am honored that Ms. Edwards’ research will be supported through the Randy Wheelock Research Award.”

The 2021 research award deadline will be announced in November 2020. Please visit curechm.org for more information about it as well as CRF and CHM.

About Choroideremia
Choroideremia (CHM) is a rare inherited form of blindness affecting approximately 1 in 50,000 people. Due to its x-linked inheritance pattern males are most severely affected with females usually experiencing much milder visual impairment. Symptoms begin in early childhood with night blindness and restriction of visual field being the earliest noticeable effects, eventually progressing to complete blindness. An estimated 6,000 people in the United States and 10,000 in the European Union are impacted by Choroideremia. There are currently no approved treatments for Choroideremia.

About the Choroideremia Research Foundation Inc.
The Choroideremia Research Foundation was founded in 2000 as an international fundraising and patient advocacy organization to stimulate research on CHM. Since its inception, the CRF has provided over $2.5 million in research awards and is the largest financial supporter of CHM research worldwide. Research funded by the CRF has led to the development of a CHM animal model, the pre-clinical production of gene therapy vectors currently in clinical trials, and the CRF Biobank which stores tissue and stem cell samples donated by CHM patients. For more information, visit www.curechm.org