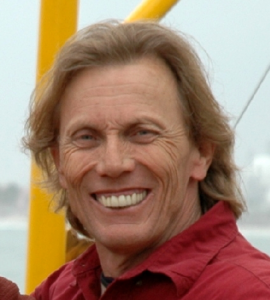 WILLIS, TEXAS, UNITED STATES, March 27, 2020 /EINPresswire.com/ — COVID-19 has incited change across the world these last few months. Entire cities have shut down, trains, air travel and other forms of transportation have all but nearly stopped, public spaces are shut down, concerts canceled, resorts closed.

In China, factories shut down, and streets were cleared to stop the spread of the virus. Life, as it was known, came to a halt—and the skies cleared. The average number of “good quality air days” increased 21.5 percent in February, compared to February 2019, according to China’s Ministry of Ecology and Environment.

This positive environmental impact has not gone unnoticed by sustainable energy inventor and SeaDog Systems, Inc. (http://seadogsystems.net/seadog-wave-converter-carousels/) CEO Kenneth W. Welch Jr., “It has become quite apparent that recovery of the planet by how we react can happen nearly overnight (relatively speaking), which also accentuates the small effect that we have had overall. If such effects can be reversed so quickly, this leads to a more optimistic view of how quickly alternative energy and different lifestyles can correct the disastrous effects of human endeavor on earth.”

Welch hopes to foster growing discussions about making the world a better place for our children’s children, starting with addressing new and healthier energy solutions.

As the world reacts, adapts, and learns from this global pandemic, communities may be forever changed – for the better. We have definitive proof of the direct effect our actions have upon our immediate environment. And perhaps now there will be greater incentive to switch to cleaner, and more sustainable energy sources. Time will tell.

SeaDog Systems, Inc. was formed in February 2016 and acquired the intellectual property related to its current suite of technologies. SeaDog Systems immediately engaged in consulting contracts with several key partners that possess the determination, abilities, and resources to bridge the gap between SeaDog Systems’ vision and reality. A unique team has committed itself to this mission.

SeaDog Wave Pump arrays can be located offshore, at the shoreline and even deep inland! Multiple or stand-alone systems can also be attached to bridge pilings, piers, docks and even the sides of ships, features that provide unmatched versatility. SeaDog Wave Pumps are also capable of pumping gas and liquids great distances. In addition, promising research is currently being done using SeaDog Pumps as propulsion for surface and subsurface craft.