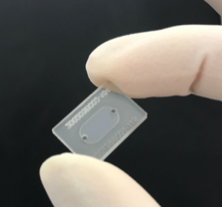 Since we launched STR™ last year, we’ve gotten questions about what functional chemistries it would support. Today, we have an answer: all of them.”
— CEO, Richard Spero

STR™BeadPak is compatible with magnetic beads of virtually any size and surface functionalization, including antibody, oligomer nucleotide, or a generic binding moiety such as neutravidin. Potential workflows include immunoassays, nucleic acid purification, and sorting of extracellular vesicles, microbes, and cells. Based on the same highly adaptable design used for all of Redbud’s products, STR™BeadPak is available immediately for testing. Developers can perform their own testing using starter kits in their own facilities or let Redbud port their existing assays to STR™BeadPak for them.

“Since we launched STR™ last year, we’ve gotten questions about what functional chemistries it would support. Today, we have an answer: all of them. STR™BeadPak is the first product of its kind. It empowers system developers to continue using the magnetic beads they know and trust, with full confidence that they have a path to a cartridge-based solution down the road,” said Richard Spero, CEO.

STR™BeadPak is the only universal, ready-to-use microfluidic sample prep solution available. It builds on STR’s track-record, delivering industry leading speed. In a recent study, STR™BeadPak captured 94% of targets in 5 minutes, compared to only 9% for an on-cartridge method, and achieved 1,000x faster target capture versus a conventional on-cartridge method. STR™BeadPak is designed to accelerate development of high-performing sample-to-answer systems by solving the persistent challenge of microfluidic sample preparation.