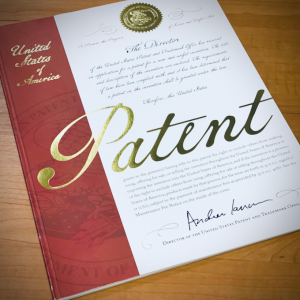 The United States Patent and Trademark Office has awarded invention number 10,435,711 to Allele Biotechnology and Pharmaceutical, Inc. This patent describes additional methods and conditions of generating induced pluripotent stem cells (iPSC) based on Allele’s core technologies in a highly controlled and reproducible process. It is the third in the patent family of novel approaches to generating iPSCs for the company.

This patent marks the fastest to issue in Allele’s growing portfolio, having been granted in less than a year after filing, joining the first two Allele iPSC patents granted in late 2018. Other patents in the portfolio address the composition of mRNA used to reprogram cells to become stem cells and processes of doing so in an efficient and clinically relevant manner. All of these patents have also being granted or in the process of being granted around the world.

This newly issued patent arrives with excellent timing as Allele realizes its goal of overcoming bottlenecks in the regenerative medicine and cell therapy fields. The industry, now moving to reproducibly provide pancreatic beta cells for diabetes, neural progenitor cells for dementia, or unlimited supply of CAR-NK or CAR-T for treating cancers, etc., is growing rapidly and needs appropriate source of upstream pluripotent stem cells such as cGMP iPSCs that are amenable to regulatory review. Dr. Jiwu Wang, Allele’s Founder and CEO, is the patent’s inventor and is “pleased to be a source of iPSC lines for all clinical applications.”

ABOUT ALLELE
Allele Biotechnology and Pharmaceuticals is a biotherapeutics company founded in 1999. In 2015, the company completed an 18,000 square foot state-of-the-art facility in San Diego for the production of cGMP-grade human iPSC lines. The facility also supports the cGMP production of tissue-specific cells differentiated from these iPSCs, including pancreatic beta cells, neural progenitor cells, and cardiomyocytes. Allele has already generated dozens of clinical-grade iPSC lines and is actively partnering with companies to produce custom lines and differentiated cells.