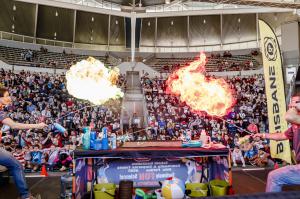 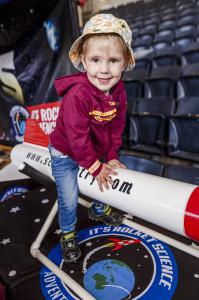 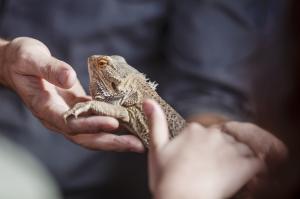 At Brisbane Science Festival we highlight the importance of science & the ways it impacts our lives in fun & interactive ways that will encourage today’s youth to become tomorrow’s scientists.”
— Steven Liddell

The second annual Brisbane Science Festival 2019 running over 3 days from 16th to 18th August will see Queensland’s top scientists and educators excite and engage thousands of people with 3 days of engaging, interactive and inspiring science activities. The Friday the 16th of August is a FREE STEM careers day where students will be able to get real world advice around STEM careers from QUT, UQ, Griffith University, USQ as well as award winning science researchers, science communicators, pilots, engineers and tech companies.

“As we march into the future — facing global issues like climate change and access to food and clean drinking water — humanity will increasingly rely on science, technology, engineering and maths (STEM) skills,” Science Steve said.

“As educators, parents and communities we must work together to ensure all young Australians have the skills that will help tackle these future challenges and encourage them to ask questions, test and communicate ideas, gather information, problem-solve and make sense of their world.

“At this Brisbane Science Festival we will highlight the importance of science and the ways it impacts our lives in fun and interactive ways that will hopefully encourage today’s youth to become tomorrow’s scientists.”

The Brisbane Science Festival 2019 is run by Street Science with the support of the Australian Government’s Inspiring Australia program and QUT.

Please join Science Steve and his friends for a day of seriously fun science at the Brisbane Science Festival 2019. VIP media tickets are available for the first 4 responders.

Vision opportunities (10am-2pm)
• Top scientists and educators on stage performing highly visual and exciting science experiments as per the program above for an audience of 5,000 local children and their families.
• A Number of stalls offering highly visual science activities and experiments by Griffith Institute for drug discovery, CBNS, QIMR, CSIRO, QUT, UQ, USQ and many more
• Displays of reptiles being handled by experts from Reptile Kingdom Australia
• Robots and drone demonstrations by the Australian Army Drone Racing team and Robotics playground
• Augmented reality experiences from Activate Entertainment

Fast facts about STEM in Australia
75 per cent of the fastest growing occupations will require skills in science, technology engineering and maths (STEM).

It is vital that we keep pace with our international counterparts, who are building economies based on knowledge and skills.

Research shows parents play an incredibly important role in children’s career choices, with those who talk about science more likely to encourage their children into STEM careers.

About Street Science
What do you get when you combine scientists and educators, unbridled enthusiasm for learning and passion for bringing science to life? Street Science ― Queensland's award-winning science show production.

Street Science was founded by Steven Liddell (aka Science Steve). While working as a high school teacher he had a vision to take his engaging style of science education out of the classroom and on tour around the state. Science Steve has now performed his engaging science shows thoughout Australia and internationally in New York and New Zealand.

Since 2012 Street Science has performed hundreds of captivating and curriculum-aligned workshops and stage shows to engage Australia’s youth.