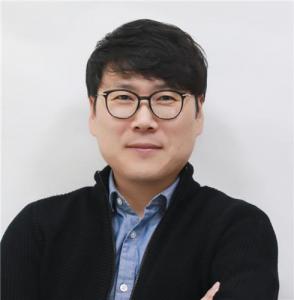 The shortcomings of existing medications are exposed and resolved with a proposed new medication”
— Dr. Ki Duk Park

SEOUL, REPUBLIC OF KOREA, June 20, 2019 /EINPresswire.com/ — Dr. Ki Duk Park’s research team at the Korea Institute of Science and Technology’s (KIST, President Byung-gwon Lee) Convergence Research Center for DTC of Dementia and Dr. C. Justin Lee’s research team at the Cognitive Glioscience Group of KIST cooperated on a joint research project that resulted in the introduction of a new paradigm for the development of medications capable of overcoming the limitations of existing Alzheimer’s treatments.

Based on this newly introduced paradigm, the KIST research team succeeded in developing a novel drug candidate. The new compound reduced the excessive quantities of GABA* produced in the brains of people with Alzheimer’s disease and was capable of dramatically reducing memory loss and cognitive impairment.
*GABA: This is an inhibitory signal transduction substance that forms in the central nervous system of mammals. Excessive production of GABA in reactive astrocytes results in memory loss or cognitive impairment.

The KIST research team found that existing medications were able to reduce the quantity of GABA secreted, but only in the early stages of treatment. However, with long-term administration, the therapeutic mechanism** in the body was activated and resulted in the recurrence of increased GABA levels and cognitive impairment.
**Therapeutic mechanism: This is a compensatory mechanism that is activated in the event of the suppression and loss of function of a mechanism responsible for important bodily functions. The compensatory mechanism is able to perform the same role as the suppressed bodily function.

In contrast, the drug candidate developed by the KIST research team was confirmed to consistently improve cognitive skills by avoiding the activation of the therapeutic mechanism even with long-term administration. Cognitive skills were not just restored, but significantly improved, as confirmed through diverse behavioral experiments conducted on Alzheimer’s mice treated with periodic administration of the drug candidate over a prolonged period of time.

Interestingly, through screening (ADME/Tox), it was revealed that the drug candidate was conveyed to the brain extremely effectively with minimal nervous system side-effects.

The results of this research project effectively expose the shortcomings of existing medications and identify the limitations of the previous paradigm.

Dr. Ki Duk Park of KIST stated, “The drug candidate we developed was able to alleviate dementia-related cognitive impairment consistently over a prolonged period of time. The drug candidate is not only effective, but also shows high levels of brain permeation with no deleterious effects on the human body, as reflected in the favorable results from the ongoing clinical trial.”

This project is one of the joint research projects under the National Research Council of Science & Technology (Chairman: Gwang-yeon Won) and was conducted by KIST’s Convergence Center for Dementia DTC (Head: Ae-nim Pae). The outcome of this research project was published in the most recent online issue of Science Advances (IF: 11.51, top 5.47% in the JCR sector), a sister publication of the world-renowned journal Science.

In 2017, the drug candidate and the technology involved was transferred to Medical Experiential Green Agricultural Bio (advance fee: KRW 550 million, fixed royalty: KRW 6 billion, running royalty: 3%). Currently, a primate-based preclinical study is underway for the development of a drug for the global market. An application will be filed for approval for clinical testing in the second half of 2019.