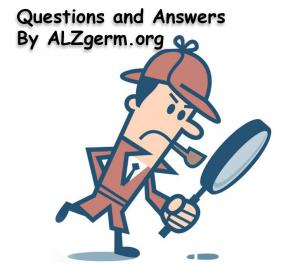 Historically, research has proven many illnesses are linked to germs including polio, ulcers and malaria.”
— Dr. Leslie Norins

Video topics include microbes in the brain, the role of plaques and inflammation, possible evidence of transmittal, infections that can take years to surface (e.g., herpes zoster after childhood chickenpox) and possible beneficial effects of antibiotics.

“Historically, research has proven many illnesses not initially suspected of being infectious are linked to germs including polio, ulcers and malaria,” said Dr. Leslie Norins, Alzheimer’s Germ Quest, Inc. CEO.

The videos can be viewed at www.alzgerm.org/videos or on YouTube.

Could Alzheimer’s Be Transmitted to Caretakers?