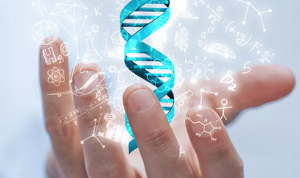 Recently, Bill Gates brought up the topic of gene editing in an end-of-the-year address after news surfaced of Chinese advancements. In his speech, he voiced plenty of concern that the rest of the world wasn’t more tuned in to the ultra-capable and fast-growing technology.

“I am surprised that these issues haven't generated more attention from the general public,” said Bill Gates last December. He went on to mention that gene editing might be the most important debate that no one is having right now, especially considering its possibilities and the recent advancements in China.

According to one Chinese scientist, the first genetically edited babies have already been created (thanks to this scientist’s personal involvement). Why is this such a scary thought for one of the world’s richest and most powerful men?

“There are plenty of exciting health benefits that come with gene editing,” says Dov Bechhofer. “But there are also ethical concerns that can’t be overlooked. Once we get the train going in earnest on gene editing there will be little people can do to slow it down, so it’s important we talk about all the negatives in its earliest stages.”

A few decades ago, gene editing was an idea of pure science fiction, but tech advances of the 21st century have moved it into modern scientific and medical practices. In theory, gene editing is incredibly beneficial––considering that we can eliminate bad genes from our DNA that tend to lead to major diseases like diabetes or cancer. But that’s not where it stops.

“Parents will be able to manufacture the child of their dreams,” says Dov Bechhofer. “We already have a range of fertilization and gestation alternatives, but nothing currently on this scale. Gene editing in the not-so-distant future may let parents pick out their kids’ hair color, eye color, height, weight, musical ability, sexual orientation, general attitude and more. It’s a big deal.”

Though gene editing allows scientists to make precise alterations to an individual’s DNA in order to fix defective genes, many people are concerned that it will alter the future on a level that is both unethical and elitist. Seeing as the only people who can afford gene editing are the extremely rich, future generations may biologically depend on the whim of today’s high class.

Dov Bechhofer notes that gene editing is already used today in the US as a single disease treatment. However, he also mentions that what we do today is a far stretch from altering entire generations of people.

“There’s a lot of potential to make future generations healthier and less susceptible to diseases because of gene editing,” says Dov Bechhofer, “but there’s also the threat of biological manipulation from unchecked individuals that we must be vigilant to prevent.”